Mozambique Workshops – a lot of learning! 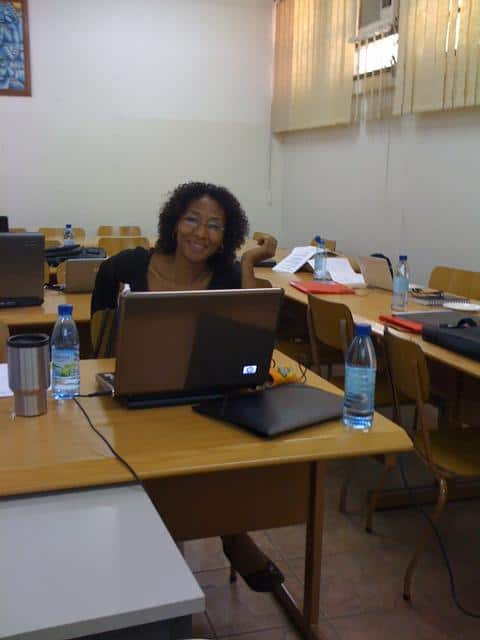 We have just completed a very interesting week long series of workshops in Mozambique. They were interesting because we learned a great deal from them. The workshops were arranged by Susan Bradley from the Centre for Global Health, Trinity College, Dublin. They were challenging because we were unsure before arrival as to the levels of experience regarding qualitative data analysis or levels of abilities around language as the workshops were conducted through English (quite apart from cultural issues that could impact on the training). The workshops were led by Dr. Moshin Sidat who (in addition to showing great leadership by attending all of the the training himself) has perfect English and he also doubled as a Portuguese translator where necessary.

The workshops were unusually long (4 days). The first couple of days were more structured in that they were basically the two day introductory level workshop with a small bit of customisation and a great deal of flexibility. Where it gets interesting, from a trainer’s perspective, is when it comes to what happened next. The remaining two days were spent applying the new skills to a real data set. As a trainer, it’s easy to become a bit self satisfied when you have what feels like a good workshop completed and the attendees are obviously quite happy with the work you have done. However, this trainer was surprised that the remaining three days exposed higher than expected levels of clarification around the fundamentals. It took almost three days of working on live data with two trainers to address all of the questions and concerns raised by the research team. All this, without even looking at the more advanced tasks which can do so much to add value to a qualitative research project. We also spent an additional half day working exclusively with the project supervisor and database administrator on protocols and procedures for working with remote coders.

I found this fascinating and I now realise that we presume much too much when it comes to educating qualitative researchers in modern data analysis systems. Speaking generally, I believe that many research projects are guilty of spending a great deal of money on data collection and other associated aspects of qualitative research whilst at the same time providing far too little by way of education. I think team leaders need to reconsider some of the assumptions around skill sets that underpin budgetary decisions at the project’s outset. Put simply, project leaders often assume because someone on their team has completed a masters that they will only need a day or two in training. This problem of over estimating annalists’abilities is often compounded by researchers themselves as fear of appearing inadequate may prevent them from openly admitting their educational and training needs.

I am deeply indebted to Dr. Eilish McAuliff  and my co-trainer Susan Bradley for their foresight and generosity in arranging these workshops. Also to the participants for their openness and honesty not to mention work ethic and finally to Dr. Moshin Sidat for giving us so much of his valuable time, his leadership and most especially, for his sense of humour which lightened the load considerably.

Visualize your Data with NVivo

This site uses Akismet to reduce spam. Learn how your comment data is processed.

The next QDATRAINING NVivo public workshops will take place in Dublin, Ireland AND ONLINE on the 30th & 31st of March 2023: