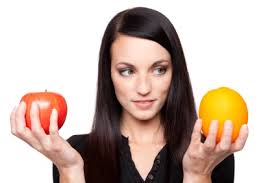 The methodology adopted by this study is based on the constant comparative method according to Maykut and Morehouse (1994) who draw on the work of Glaser and Strauss (1967) and Lincoln and Guba (1985) in their development of this methodological framework. As Maykut and Morehouse (1994) point out: “words are the way that most people come to understand their situations; we create our world with words; we explain ourselves with words; we defend and hide ourselves with words”. Thus, in qualitative data analysis and presentation: “the task of the researcher is to find patterns within those words and to present those patterns for others to inspect while at the same time staying as close to the construction of the world as the participants originally experienced it (p18).

Qualitative research is based on a phenomenological position. It is a holistic approach which takes account of contexts within which human experiences occur and is thus concerned with learning from particular instances or cases. Qualitative research seeks to access the inner world of perception and meaning-making in order to understand, describe, and explain social process from the perspective of study participants. This approach does not commence with a prior hypothesis to be tested and proved but with a focus of inquiry that takes the researcher on a voyage of discovery as it takes an inductive approach to data analysis, and research outcomes are not broad generalizations but contextual findings; qualitative researchers tend to speak of ‘transferability’ (from context to context) rather than generalizability.

While qualitative research is not given to mathematical abstractions, it is nonetheless systematic in its approach to data collection and analysis. Framed by a focus of inquiry, whether data is collected through interviews or questionnaires, open-ended questioning allows study participants to articulate their perceptions and experiences freely and spontaneously. In analysing data generated in this format, responses are not grouped according to pre-defined categories, rather salient categories of meaning and relationships between categories are derived from the data itself through a process of inductive reasoning. The constant comparative method offers the means whereby by the researcher may access and analyse these articulated perspectives so that they may be integrated in a model that seeks to explain the social processes under study.

The constant comparative method involves breaking down the data into discrete ‘incidents’ (Glaser and Strauss, 1967) or ‘units’ (Lincoln and Guba, 1985) and coding them to categories. Categories arising from this method generally take two forms: those that are derived from the participants’ customs and language, and those that the researcher identifies as significant to the project’s focus-of-inquiry; the goal of the former “is to reconstruct the categories used by subjects to conceptualise their own experiences and world view”, the goal of the latter is to assist the researcher in developing theoretical insights into the social processes operative in the site under study; thus: “the process of constant comparison stimulates thought that leads to both descriptive and explanatory categories” (Lincoln and Guba, 1985, pp 334-341). Categories undergo content and definition changes as units and incidents are compared and categorised, and as understandings of the properties of categories and the relationships between categories are developed and refined over the course of the analytical process. As Taylor and Bogdan (1984) summarise: “in the constant comparative method the researcher simultaneously codes and analyses data in order to develop concepts; by continually comparing specific incidents in the data, the researcher refines these concepts, identifies their properties, explores their relationships to one another, and integrates them into a coherent explanatory model” (p126).

Nvivo 10 will be used as a document and coding management system to give clarity to the coding and analytical processes. It must be stressed that in using qualitative data analysis software, the researcher does not capitulate the hermeneutic task to the logic of the computer; rather the computer is used as a tool for efficiency and not as a tool which in and of itself conducts analysis and draws conclusions. As Fielding and Lee (1998) explain, qualitative researchers “want tools which support analysis, but leave the analyst firmly in charge” (p167). Importantly such software also serves a tool for transparency. Arguably, the production of an audit trail is the key most important criteria on which the trustworthiness and plausibility of a study can be established. Qualitative analysis software’s logging of data movements and coding patterns, and mapping of conceptual categories and thought progression, render all stages of the analytical process traceable and transparent, facilitating the researcher in producing a more detailed and comprehensive audit trail than manual mapping of this complicated process can allow.

Visualize your Data with NVivo

The next QDATRAINING NVivo public workshops will take place in Dublin, Ireland AND ONLINE on the 30th & 31st of March 2023: